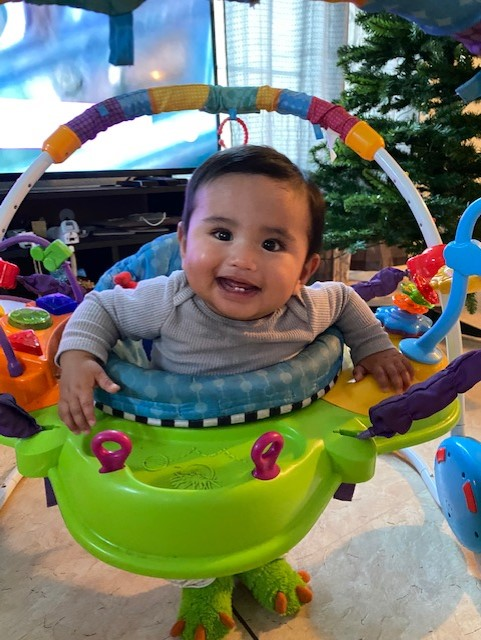 t evaluated for Physical Therapy in June 2020. At that time, he was an infant diagnosed with a developmental delay, torticollis, and plagiocephaly. Because of this, he could not rotate his head to the left and was restricted in all functional movement, limiting his ability to interact with his family.

He began getting physical therapy twice weekly from Paul Molina, DPT. Jaziel’s treatment focused on home education, range of motion, building strength, and gross motor skills. After four months of physical therapy, Jaziel became independent with rolling, coming up on his hands and knees and ring-sitting while reaching for toys in different directions.