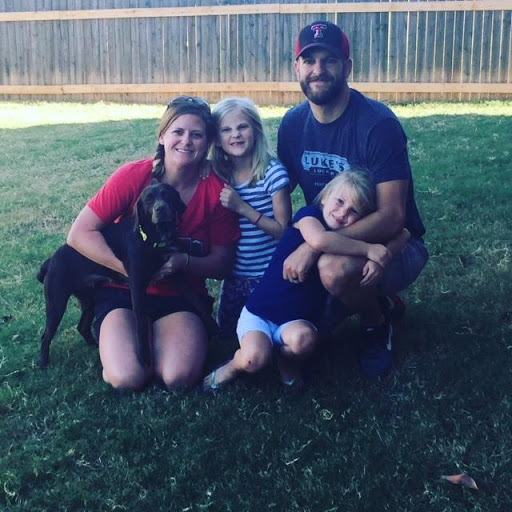 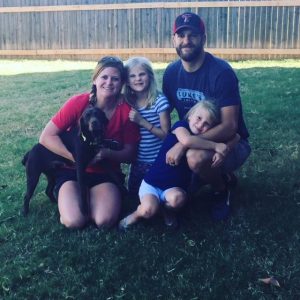 Meet Lora — a self-described “West Texas girl” from Odessa who graduated from Texas Tech University in Lubbock. She, along with her husband and daughters moved to Aledo, Texas in January 2012 for a new job and great schools.

Lora has been married to her husband, Chad, over 11 years. Together, they have two amazing and crazy girls, Kylie and Libby, as well as a rescue dog, Clara. Lora and Chad stay active by running, doing Crossfit, and they recently began biking with their daughters. Their family hobbies include taking adventures, hunting and being outdoors. Lora and Chad have passed their own love of the outdoors to their daughters, who now have memorable stories of exploring the family land and going on adventures. This fall, Kylie and Libby learned to shoot a bow. Lora said it has been fun to share a new activity they all can do while making family memories.

Volunteering in the Community

Most recently, Lora participated in the Carson Leslie Foundations annual BECK Bow Shoot, raising money for pediatric brain cancer research. This event was special to Lora because she works with a child who recently began treatment for brain cancer. Through the foundation, he has received numerous gifts and has been connected with an organization that will take him on a hunting trip geared specifically to him and his specific needs following surgery and treatment.

Lora’s background includes both clinic and home-health therapy with Green Apple. When offered the opportunity to help open Green Apple’s clinic in Weatherford, Texas, she was eager to bring a needed resource to the area. Lora served as Green Apple’s Clinic Director for almost four years before transitioning back into a full-time home health therapist position. Lora believes both settings are uniquely fulfilling, and she appreciates the opportunity to serve families in the more rural towns of Parker County. She treats patients in Azle, Springtown, Weatherford, and Aledo, and loves getting to know people throughout these communities. She said the children and families she serves definitely keep her days interesting!