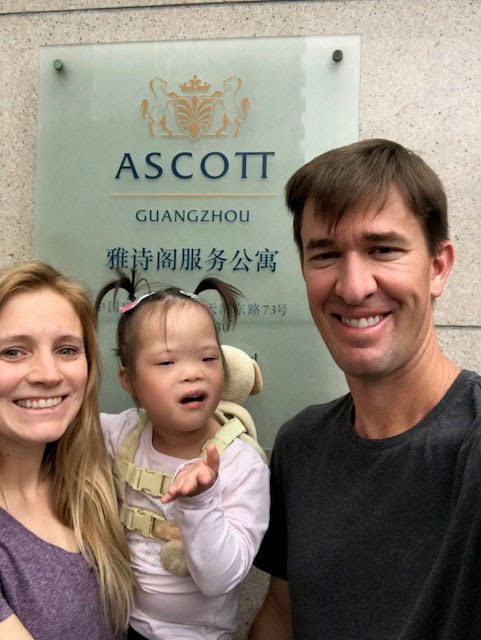 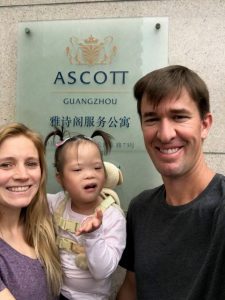 Megan Clark is a mother of six and a Speech Language Pathologist in our DFW division.

Her plan was always to work with special-needs children, and she originally considered pursuing a degree in Special Education. During college, Megan discovered a passion for Speech Pathology and soon felt certain that she wanted to become a Speech Therapist.

Megan married her high school sweetheart, Ray, and after finishing graduate school in 2005, she worked full-time for a school district and PRN for THERAPY 2000.

The couple always believed adoption would be part of their story, and this was further confirmed when Megan began treating two children who lived in a group foster home. Megan recalls some of the children asking if she could be their mom, and she was heartbroken by the thought of a child facing each day without knowing the love of a mother and father.

Several years went by, and the Clarks had three biological kids and were licensed for foster care. Over a six-year period, they welcomed nine children into their home as long-term foster placements. 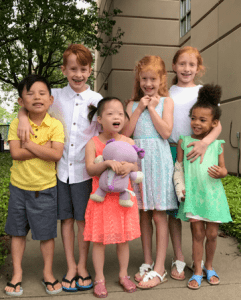 Their fifth placement was their youngest ever at just two days old. Her name is Rosalie, and the Clarks adopted her 15 months later.

In April 2016, they saw a photo of a four-year-old boy with phenylketonuria (PKU), a genetic metabolic condition present at birth. PKU requires lifelong management of diet and a special medical formula to avoid permanent brand damage. They began the process to adopt him shortly thereafter, and met their son, Rex, in March 2017.

Just before traveling to Beijing for Rex, the Clarks’ adoption agency listed Minnie, a little girl with Down Syndrome. They decided to pursue her adoption shortly after returning from China with Rex.

The Clarks loved Minnie from the moment they saw their first video from her, and their adoption was pre-approved exactly one year after they received pre-approval to adopt Rex.

When the Clarks traveled to China in January to meet her and bring her home, Minnie was ‘shut down’ and scared. About ten months prior, she had been removed from a loving foster home and placed in an orphanage where she regressed significantly. 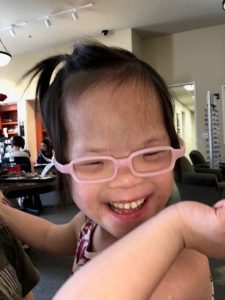 Today, Minnie runs to Megan when she sees her, loves to go to school and is beginning to learn that she can and has reasons to communicate.

The Clarks remain passionate about foster care and adoption, and Megan would love to answer questions for anyone who might be interested in becoming a foster or adoptive parent (you can email her here). However, Megan doesn’t believe her family is ‘special’ or ‘skilled.’

“We just simply recognized a need and felt like we could meet it,” she said.

Almost a year ago, Megan returned to THERAPY 2000 as a full-time SLP with an increased appreciation and understanding of the regular challenges felt by families with special-needs children.

“I can look at patient behavior through a different filter,” she said. “I admire and acknowledge the daily battle some of these families are fighting.”