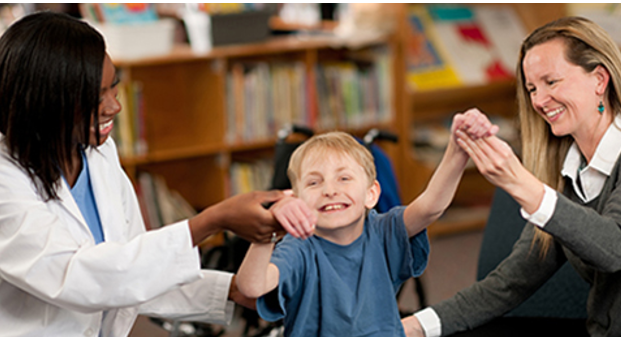 This story was originally posted on  Fox News on Tuesday, August 18th 2015

in North Texas and 60,000 children across the state would lose access to therapy under the budget that passed, and they say that could cost the state more in the long run.

Kyler was born six weeks early. The baby of a drug addict, he went through withdrawal and could not even swallow without choking.

He also has trouble hearing certain sounds, which makes it hard for him to say some words.

“He doesn’t have much vocabulary because he was so delayed in speaking,” said Ramos. “He’s not meeting those milestones, but I see him doing it very soon.”

When you include the federal match that will be lost, the total cut is $350 million.

The state made the cuts based on a study that found Texas was paying twice as much for services as other states.

However, therapy advocates say the study was deeply flawed and compared apples to oranges.

The cuts were made without a public hearing, so most people only learned of them after the budget was already passed.

Texas Sen. Royce West, along with 27 other state lawmakers, wrote a letter to the governor urging him to hold off on the cuts until the impact can be fully examined.

“I understand that we want to be efficient,” said West. “I’m on the budget committee. I understand efficiencies…but what I don’t want to do is decide to save $50 million and we kick kids out of the programs they need to be in.”

If the governor does not stop the cuts before Sept. 1, it will take two years before the cuts could be reversed, and for many of the children needing therapy, experts say that could be too late.

FOX 4 has worked for days now to get an interview with Sen. Jane Nelson, chair of the committee that made the cuts.

She is traveling and was not available to talk with FOX 4 on the phone.

She sent a statement citing the study’s rates findings and she says she will monitor the implementation to ensure disabled children get the care they need.