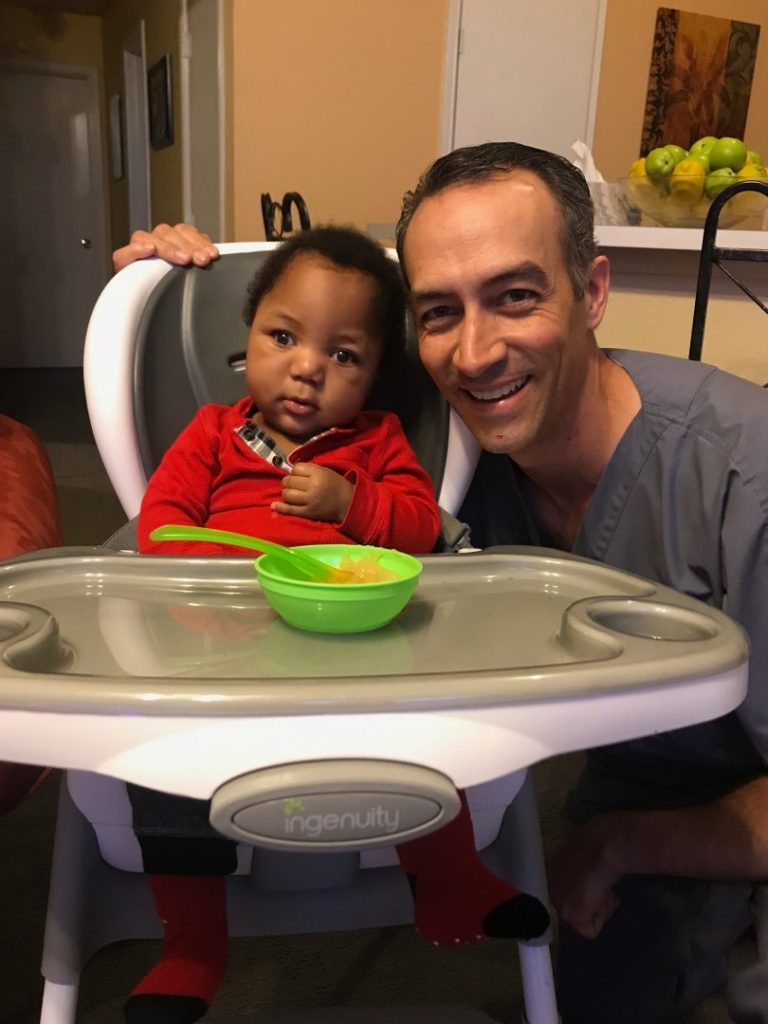 Brandon is a precious 19-month-old boy with an adjusted age of about 12 months. Born at 23.5 weeks gestation, Brandon was in the NICU for 6 months after birth and required intubation.

Upon his release, Brandon required round-the-clock oxygen via Nasal Cannula. He had a VP shunt placed in June 2017 and a g-tube placed in July 2017. While in the NICU, Brandon underwent two swallow studies with results of NPO (no food or liquid by mouth) due to aspiration and penetration on thin liquids and penetration on thickened liquids. Besides taste trials, this was his diet upon release from the NICU in August 2017.

In September 2017, Brandon began intensive feeding/vital stim therapy with THERAPY 2000. In October 2017, four weeks after starting treatment, another swallow study was conducted, and Brandon aspirated on all consistencies. He remained NPO with taste trials only outside of therapy but was cleared for trials of half nectar up to 15 mLs during therapy. Brandon’s parents and therapist were disappointed that he was not cleared for full PO feeds because he loved and thoroughly enjoyed eating. Nonetheless, Brandon continued intensive vital stim therapy twice weekly for another six months, with a follow-up swallow study in March 2018.

Following the study, Brandon was cleared for full PO feeds at home, with restrictions to include nectar thickener for liquids. Due to the outstanding progress he made toward his goals, Brandon’s therapy frequency was reduced to once per week with the final goal to eliminate the need for using thickening agents.

In September 2018 – less than a year after starting treatment with THERAPY 2000 – Brandon has fully transitioned back to the community and no longer requires therapy. He is thriving, gaining weight, loves food, and his family is excited that he can eat everything by mouth.