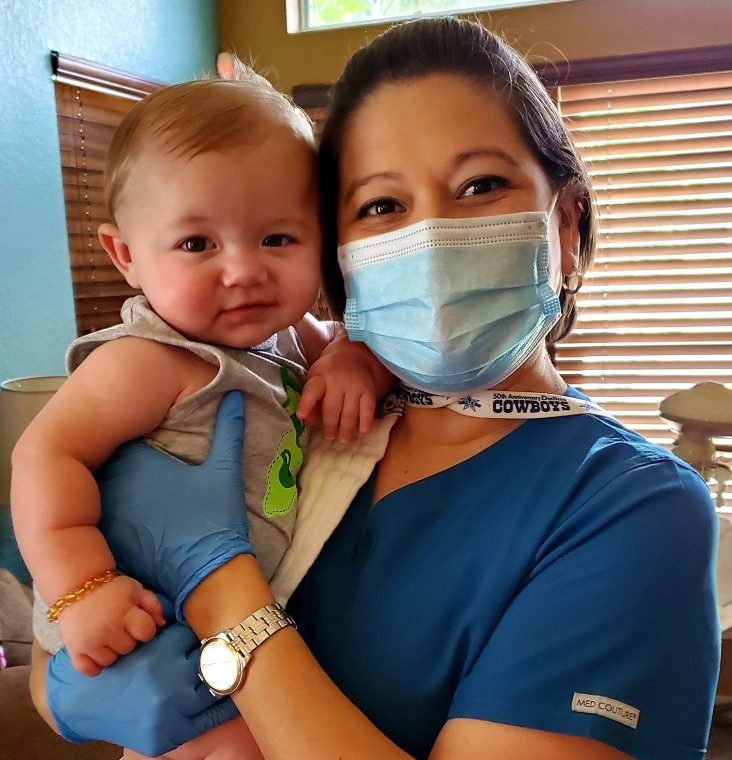 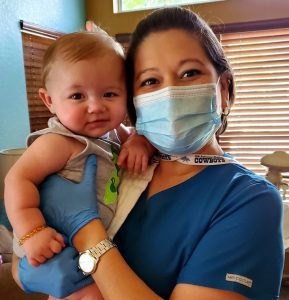 JJ started feeding speech therapy with mild-moderate oral dysphagia characterized by a poor labial seal, resulting in an excessive intake of air, uncoordinated SSB pattern and sideline/elevated feedings. Additionally, his latch was easy to release due to overall oral weakness, leading to multiple breaks during feedings because of fatigue.

After almost all his bottles, JJ would have a staggering number of spit-ups. JJ’s therapist, Stefanie Balderas, MS, CCC-SLP, contacted JJ’s primary care physician and recommended JJ see a gastroenterologist. Once JJ’s team implemented reflux precautions in the home, he was well on his way to getting better. During therapy, it became apparent that a sideline feeding position was no longer beneficial for JJ, and Balderas transitioned him into a cradle position at a 45-degree angle. With JJ’s parents closely following a home exercise program provided by Balderas, he made so much progress that he graduated from therapy three months early!

After just 1.5 months, JJ no longer needed feeding speech therapy! He is not spitting up nearly as much, putting his parents at ease. He is able to finish a complete bottle without any fatigue, and his SSB ratio is normal! If JJ’s caregivers had not followed THERAPY 2000’s home exercise programming, JJ likely would not have graduated early from speech therapy. JJ’s parents now have better peace-of-mind when it comes to JJ and his eating.