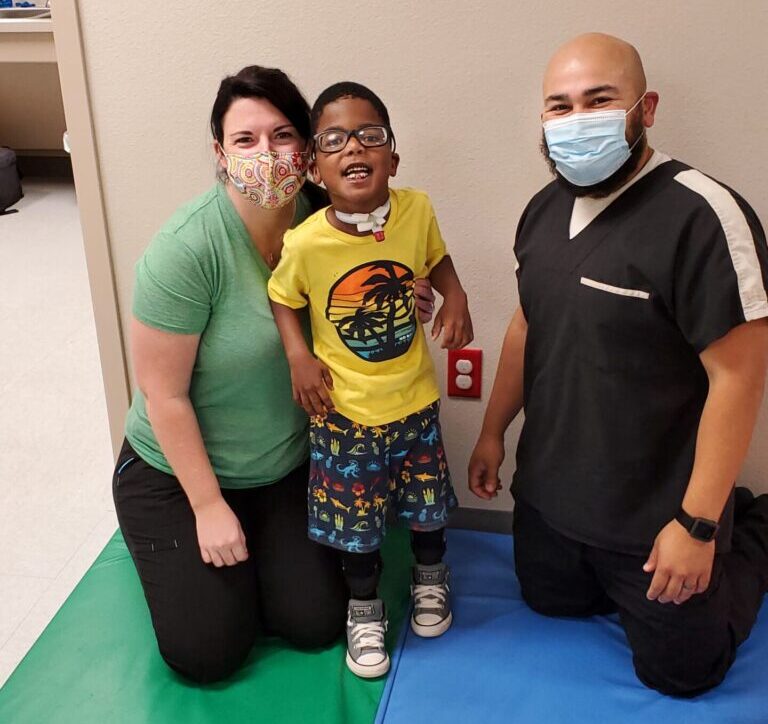 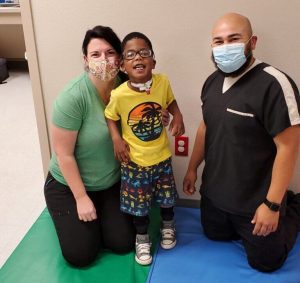 Zione was born premature at 27 weeks, weighed 1 lb., 14 oz. at birth and had to stay in the NICU for a full year. While hospitalized he had a PDA, G-tube placement with Nissen, trach placement and PE tubes. 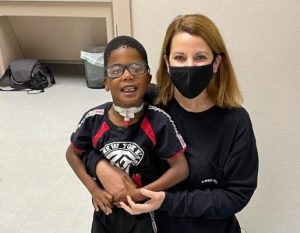 Zione has had feeding, speech, gross motor, and fine motor delays since birth. He’s received Speech, Physical and Occupational therapy through the years to increase his function and safety in his home and the community.

Recently, Zione realized that his nurse was in medical distress and knew he needed to get help. Having increased motor functionality allowed him to remove his G-tube and get to his mother, who discovered Zione’s nurse did need emergency medical attention.

Through the power of therapy, Zione became a real-life superhero!