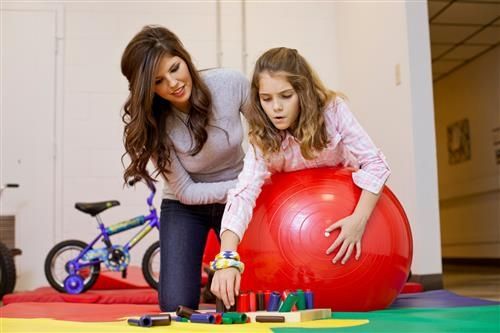 My husband Chris and I have been therapeutic foster parents for over twelve years. We have four adopted children: Stephen (Age 13) and Timmy (Age 11), who are biological brothers, were adopted in 2007. Nina (Age 17) and Terry (Age 11) in 2006. We continue to foster at least one to two children in our home at all times. I am a stay-at-home mom and my husband, Chris, works for a rail car compaany about 30 miles away from home. After meeting Val, we knew we had made the right choice in choosing home therapy for our family. Val has been the most knowledgeable person we have ever met when it comes to our boys’ speech issues. She has even been more helpful when it comes to Timmy’s diagnosis of autism than any other doctor or therapist we have ever seen and we have seen and we have seen several. If Val doesn’t know the answer to she will find it, she goes above and beyond always and we love that she spends time to do things that help our boys. Val has gotten Stephen to gain so much confidence. Stephen was severely abused by his biological family and he has been in therapy for years. He was also seen by the school’s speech therapist for a little over 7 years. Once Stephen got to 6th grade, the school felt like he no longer qualified for speech therapy. Despite the fact we noticed a lot of stuttering and he had a hard time organizing his thoughts. Thankfully, Val was still here and on May 11 of this year, just after working with Stephen for 2 years, he graduated from T2000. Val not only helped him gain confidence, but she taught him how to organize his thoughts, speak his mind, and become more involved and organized in school which is very hard for him because he has been diagnosed with severe ADHD. In addition, Val also was the only therapist that realized that Stephen’s diagnosis was not stuttering, it was cluttering, something that most of the other therapists and doctors had not thought or heard of. Of course, we are more than grateful for everything Val has done with Stephen but, we feel like she was a miracle sent for Timmy. Timmy was diagnosed with autism when he was 2 years old. After he turned 4 and ECI no longer worked with him the only therapy he received was through school. Timmy not only was diagnosed with autism, he is also diagnosed with dyslexia and ADHD. Val has worked with him for 2 years and Timmy now has minimal “melt downs” and everyone can understand him, everyone. His speech delays were so severe that most of his teachers had issues understanding him and most of the kids at school ignored him because they couldn’t understand anything he said. Now Timmy is very verbal, he actually loves to talk, and came home today and for the first time talked about his day at school, able to express how he feels about going to 6th grade next year. Timmy is also noticing social cues that that he never had before and is learning to notice the world around him, something we thought he might never do. Val also works with him on a “budget” where he earns play money for each session and then has to pay bills. Each week he draws a card from a pile of cards that she hand wrote out that has either a bonus or an extra bill on it. This has helped Timmy realize that everything isn’t free and that mom and and dad say no to new toys for a reason which has been so helpful to our entire family. No more melt downs in the store when he’s told no. We truly believe it takes a village to raise a child and there have been several “villagers” help us along our way but, Val by far has been the most helpful and knowledgeable when it comes to our boys and what they need. We know without a doubt that if Val had not come in to n to our lives our boys would not be where they are today and we will forever be grateful to T2000 and especially Val for everything that has been done for not just our boys but for our entire family.